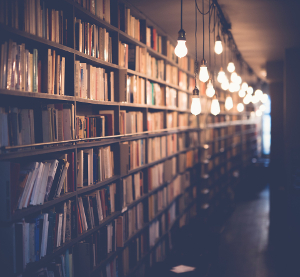 Berlin is famous for its buzzing art scene. No wonder that Berlin is the topic of many world famous books.

Probably no other European city has a more moving history than Berlin.

Badly destroyed during World War 2, then occupied by the Allies and later divided into East and West just to mention the most dramatic events that took place in Berlin.

It comes as no surprise that many books are either set in Berlin or even make Berlin the center of the plot.

In order to understand the history of Berlin and how Berliners think about their city we also included some novels about Berlin that were written in German.

So either try to fight your way through these books in German or find an English copy, they are all worth it. Enjoy reading!

Alexanderplatz, the heart of Berlin and the title of Döblin’s masterpiece, is the busy center of Berlin and home to all kinds of people.

In Döblin’s book you will learn about the life of Franz Biberkopf, a small town criminal and his life around Alexanderplatz.

2. Alone in Berlin by Fallada

Berlin’s history is closely connected with Adolf Hitler and the Nazis making Berlin the capitol of the third Reich.

In Alone in Berlin you will learn about the resistance to the Nazis which took place in the underground of Berlin and you get a picture of how Berlin looked like during the third Reich.

Alone in Berlin was one of the first anti-Nazi novels that got published after WW2 by a German author.

Wir Kinder vom Bahnhof Zoo is an autobiographic novel about the lives of the kids at Berlin’s notorious train station Bahnhof Zoo.

Back in the days this station was famous for it’s drug scene and prostitution.

A very sad story which brought a lot of attention to Christiane F., the main character of this story, who spent most of her childhood at Bahnhof Zoo between prostitution and drugs.

Set in Berlin Kreuzberg in 1989 shortly before the wall comes down in autumn of 1989, Frank Lehman (called Herr Lehmann by his friends) works at a little German pub.

The book Herr Lehmann gives you insights on how West Berliners felt about Berlin being a divided city and therefore (attention Spoiler-alert) it is no wonder that this book ends the day the Berlin wall comes down.

5. The Innocent by McEwan

Of course no list of books about Berlin is complete without at least one story set during the Cold War and some serious spy activities.

The Innocent is set in 1955 and the main character, English spy Leonard Marnham, has a secret love affair with a German woman.

Without giving away too much the story is all about love and loyalty that needs to be handled carefully.

As said before Berlin has been used as the center of many novels in the last couple of years due to it’s diverse history.

Not surprisingly the majority of books about Berlin cover topics of recent history like WW2 or the Cold War.

Berlin, as a city divided in East and West, was a playground for foreign spies and probably most of their actions are still not know to the public.

But this is what adds some extra spice to the mistery and attraction of Berlin.

If after all this reading you fell like you would rather watch a movie about Berlin then check out our list of the best movies about Berlin.