Where to Buy International Groceries in Berlin? 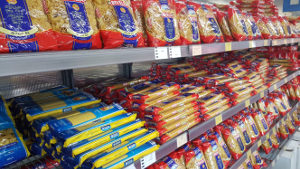 Have you just moved to Berlin and already miss your local food?

Lucky for you Berlin is a meltingpot of cultures and you are most likely not the only person to miss his/her native food.

If you are one of the lucky expats you have friends and family constantly visiting you in Berlin.

That means unlimited supply of authentic and fresh groceries from your country.

But what if your friends are tired of smuggling the best groceries for you through customs (or more likely what if they don’t have anymore space in their suitcase to bring you 20kg of dulce de leche/Spanish vine/fresh Italian pasta/etc.)?

We all know this struggle which is why we put together the best international grocery stores in Berlin for the most important countries. Let us know if we are missing any.

For convenience find all international grocery stores in one map and read more about it underneath. 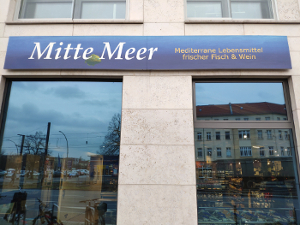 If you are from Spain and miss Spanish cuisine then you are very lucky.

By far our most favorite Spanish and Portuguese food store in Berlin is Mitte Meer.

With already 2 locations in Charlottenburg and Prenzlauer Berg you should not be further away than 20min to any of their stores.

Mitte Meer is really a gigantic Spanish grocery store with a fantastic fresh fish section. This is probably the only place in Berlin where you can get real frozen Bacalhau.

In case you don’t know frozen Bacalhau is the most important ingredient for the authentic Portuguese dish Bacalhau con natas.

In case you live around Kantstrasse we would like to mention Aqui España as another great Spanish grocery store in Berlin.

If you are from Bella Italia and crave some fresh and authentic Italian pasta, sausages, vine and coffees then don’t look any further.

At Centro Italia you will find everything that your Italian heart (or stomach) desires.

And best of all you can go there and have some very tasty and affordable lunch. Their sandwiches are almost legendary already.

With now 3 locations in Berlin, Charlottenburg, Marienfelde and Prenzlauer Berg, you shouldn’t be too far away from your next authentic Italian lunch 🙂 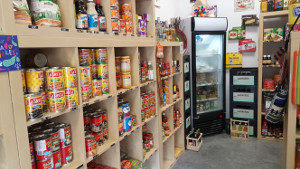 Don’t be fooled if you are e.g. from Brazil or Argentia, as our favorite choice of a Latin American grocery store in Berlin is Chili und Paprika, which has clear focus on authentic Mexican food.

However if you are Brazilian you will love them nevertheless as you will find your favorite sweet from back in the days, Paçoquita.

If you are from Chile you will love them as you can get your favorite Pisco, Alto del Carmen.

So no matter where in South America you are from you won’t be disappointed once you visit Chili und Paprika in Prenzlauer Berg.

Some other favorites include Alfajores, Dulce de leche, Frijoles and much more groceries that are not just typical Mexican at Chili und Paprika.

And last but not least if you are not from South America at all you will find the best and cheapest coconut water in Berlin at Chili and Paprika.

But we are none to judge and we understand if our British friends might miss their (no irony) awesome baked beans here in Berlin.

So we come to your rescue and present to you Broken English, an english food store that satisfies all British food cravings.

With 2 locations in Kreuzberg and Charlottenburg (somehow Charlottenburg seems like a centre for local food in Berlin) a Broken English grocery store should be not further away than a 30min BVG ride.

Best Turkish Grocery Store in Berlin – All of Kreuzberg and Neukölln

If you are craving some authentic Turkish food in Berlin you are very lucky.

Our favorite location to try Turkish food is the local market at Maybachufer – make sure to pay this awesome market a visit when in Berlin! 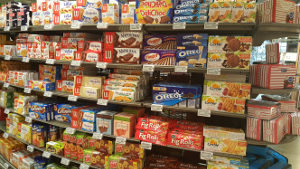 As we all know French cuisine is the most exclusive and (in their opinion) best cuisine in the world.

We are not to argue this, but in order to meet the high standards of our French friends there is only one place in Berlin we can recommend – which is the world famous shopping center Galeries Lafayette.

Located at the most upscale shopping street in Berlin (after Kudamm) – Friedrichstrasse – Galeries Lafayette offers a wide selection of French food.

We are not sure if the rumour is true that they fly in their baguette freshly from France (take those claims always with a pinch of humour), but even if they bake it themselves freshly in Berlin, you will not get any better baguette or French groceries anywhere else in Berlin. 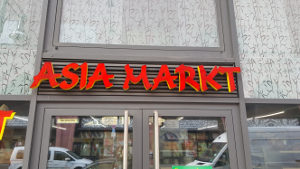 If you fancy Asian food in Berlin you are very lucky.

Especially the area around Kantstrasse in Charlottenburg (again?!) is well known for their wide selection of real and authentic Asian cuisine.

However our favorite Asian grocery store is Asia Mekong, which is located in the heart of Berlin at Hackescher Markt. 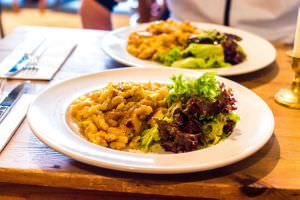 As we have a big heart for all our stranded Swabians in Berlin we need to point out that all Swabian cravings can be satisfied at Lebensmittel in Mitte.

You can get some awesome sausages and cheeses as well as enjoy some of the best Käsespätzle that we have ever tasted outside of Baden-Württemberg.

Best Things to Eat in Berlin

Now that you have bought all your favorite groceries in order to cook at home why not spend some money for awesome food in Berlin?

We put together the best things to eat in Berlin, a very international list as well 🙂