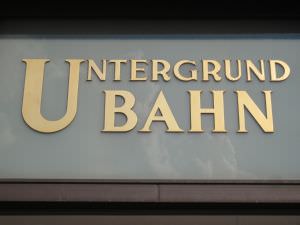 Berlin has a very large public transport system that is – except for winter time – very reliable.

As they are both together in the VBB (Verkehrsverbund Berlin-Brandenburg), tickets bought in S-Bahns are valid in U-Bahns as well, and vice versa.

Using public transport in Berlin is a good advice as the streets get very busy during rush hours and traffic jams occur frequently. 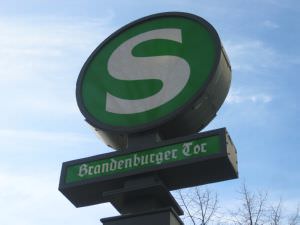 Berlin’s S-Bahn is infamous for constant delays and problems during winter time.

Even though the trains are in generally good shape and usually arrive every 5 to 10 minutes, Berliners do not have the best opinion of the S-Bahn.

What most Berliners don’t appreciate is that the S-Bahn runs almost around the clock on weekends, and until late during the week.

This will save you a lot of money on taxis, especially compared to other German cities. But even if you need to take a cab from time to time, taxis are a lot cheaper in Berlin than most other European capitols. 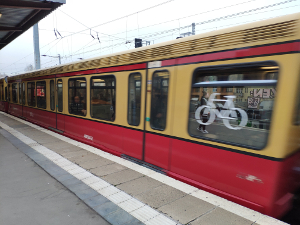 The most famous track of the Berlin S-Bahn is for sure the Ringbahn.

The two S-Bahn lines S41 and S42 are running around Berlin in a circle, hence the name Ringbahn.

The tracks run on a total of 37kms and pass through many Berlin neighbourhoods.

On any given workday, around 400.000 passengers use the Ringbahn to get around Berlin.

During the time when Berlin was divided into East and West, the Ringbahn was also divided. It was only in 2002 that the Ringbahn started running without a break again.

Nowadays you can sometimes hear the expression ‘Doghead’ for the area within the ring.

If you have a vivid imagination, then you can see the shape of a dog’s head, rather than a circle, on the map. 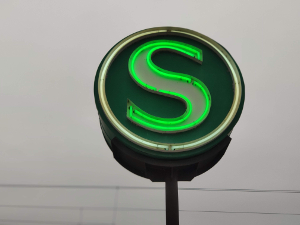 The most scenic track of Berlin’s public transport system is by far the so called Stadtbahn, which describes the route between Ostbahnhof and Charlottenburg.

On a length of 11km you will pass by many of Berlin’s most famous sights, including the East Side Gallery, Oberbaumbrücke, Alexanderplatz, the Reichstag, and the Kanzleramt.

Sightseeing can’t get any more comfortable than getting on the Stadtbahn and enjoying the landmarks.

If you are on a tight budget as a tourist and don’t need a tour guide telling you boring stories, then we have an insider tip for you.

Go to Alexanderplatz and hop on the 100. This bus drives past some of the most scenic landmarks in Berlin, like Alexanderplatz, Museumsinsel, and Brandenburger Tor.

Enjoy the ride from the East until you get off in the West, around Zoologischer Garten. And best of all, it only costs around 2,70€ per person instead of 15€ for the red tourist buses. 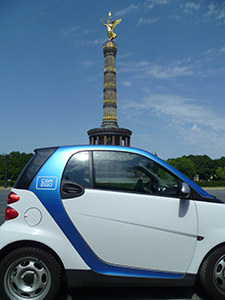 Carsharing is the newest hot trend in Berlin.

Companies like DriveNow or Car2go offer the possibility to rent a car short term and drop it off where ever you want within Berlin.

Keep reading for more information about carsharing in Berlin.

Getting a bike sounds like a good idea at first. But give it a second thought, Berlin is not really biker-friendly.

There are almost no designated spaces for bicycles but a lot of traffic on the streets instead.

Also chances are really high that your bike gets stolen in Berlin and you can buy it back at the fleamarket at Mauerpark. 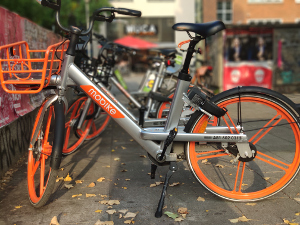 But if you are feeling brave and you are a confident biker then instead of risking getting your bike stolen every 3 months we strongly recommend you to try bike sharing.

In 2018 several companies such as Deezer Nextbikes or LIDL Bikes popped up and you can easily rent a bike everywhere within the S-Bahn Ring.

Just download the app, unlock your bike and drop it off after you arrived at your destination.

And never worry again that your bike might be stolen while being parked outside.

If that sounds interesting keep on reading about the best bike sharing companies in Berlin.